5 Ways to Know Your IT Guy Isn’t Cutting It 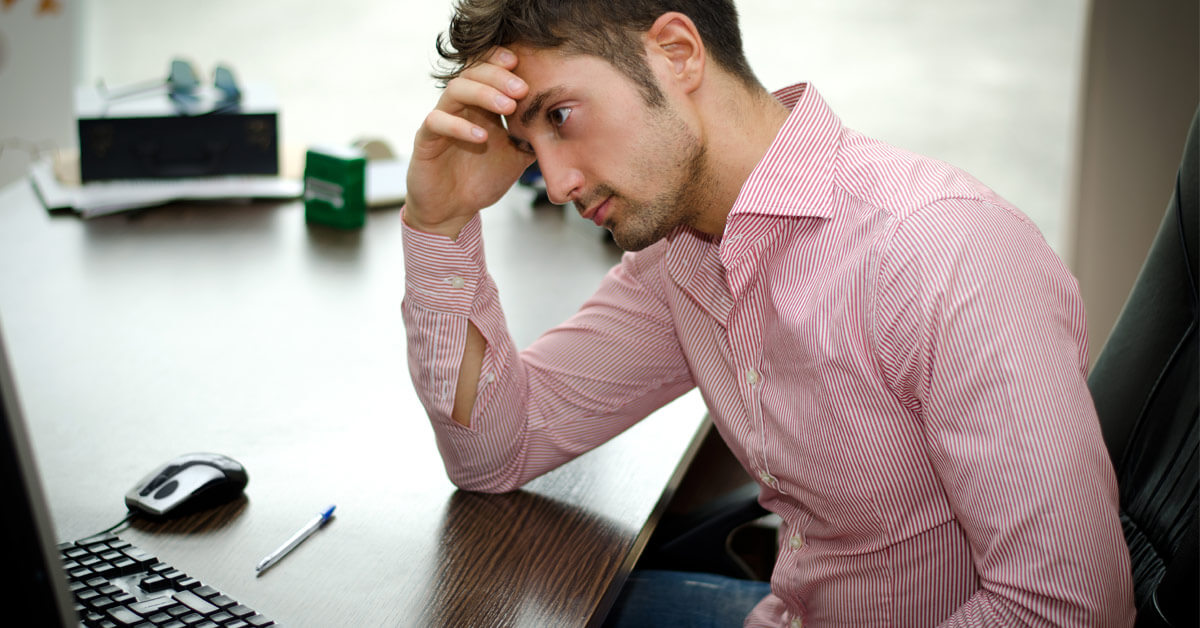 It’s hard to run a business without having a dependable IT guy or team available. If the network goes down or a critical server fails at just the wrong time, the company bleeds money until it’s back up. So how can someone tell the difference between a great IT guy and one that isn’t quite cutting it?

When a company’s technology infrastructure goes down, it’s often left without the ability to do anything until the systems are back up. A bad IT guy doesn’t answer calls or reply to messages promptly. The business owner and other non-technical staff members are left to fend with the issues on their own. When the IT guy stops responding within a reasonable time frame, it’s time to dump him and replace him with an IT company that has your best interest in mind.

They Rely on Reactive Responses

Is the IT guy always running around, trying to put out fires? A reactive approach to support and maintenance is disruptive to daily operations and makes it difficult to maintain productivity. A proactive response to the company’s IT environment uses solutions that seamlessly address problems before they occur, and prevent issues from reoccurring.

The most successful IT staff distinguish themselves by basically appearing to do nothing. When they’re doing their job right, the systems run smoothly. They’re keeping a close eye on things and can leap into action within minutes when their monitoring solution detects a problem.

An IT guy who isn’t cutting it constantly has problems cropping up. He seems like he’s teetering on the edge of disaster constantly. Support tickets for low-priority tasks wait in a queue for hours, days or even weeks, and it becomes impossible to make any ongoing improvements.

They may also experience problems that prevent them from even working on the company’s computers and servers. For example, the IT guy may call in and say that he can’t get on-site because his car is broken down. Doing this one time isn’t a cause for concern, but if it’s a constant dilemma, then there’s something else going on.

They Don’t Have a Plan

Any IT professional worth their salt has many plans in place for common duties and issues. For example, they use a disaster recovery plan to get a business back up and running if a server loses all of its hard drives at the same time and have an update schedule for software.

When the IT guy doesn’t have a plan, it’s impossible to maintain consistency with the infrastructure. Some hardware may get frequent upgrades and fast support, while other equipment may not get looked at for years. Software updates and security patches don’t get regularly applied, opening up the business to hackers and other issues.

When a company gets fed up with an incompetent IT guy and fires him or cancels the contract, they may discover another concern. They don’t have any documentation about the business infrastructure in place.

The organization may be forced to bring the original IT guy back or have him train the people who got hired in his place. If that’s not possible, the business has to spend many hours figuring out exactly what systems and services are in place, the details of the contracts, the last time they were updated, costs and other details.

An IT guy who isn’t cutting it has the potential to sink a company’s growth goals. Keep an eye out for any of these characteristics to avoid a preventable problem down the road.

If you’re a Dallas Fortworth company looking to change up the company or person who manages your IT, give GXA a call and schedule a free IT assessment to learn about what GXA can do for your company.